One of my favorite teams - Washington Wizards

The Wizards, who were among one of the worst teams of NBA last season with only 19 wins, are utterly pursuing a comeback, as well as Gilbert Arenas. I am very confident that with a healthy Agent Zero plus the additions of Mike Miller, Randy Foye and Fabricio Oberto, THEY ARE MAKING THE PLAYOFFS THIS COMING SEASON!

Okay, so let me tell you why i like them so much even though they only won 19 games last season. 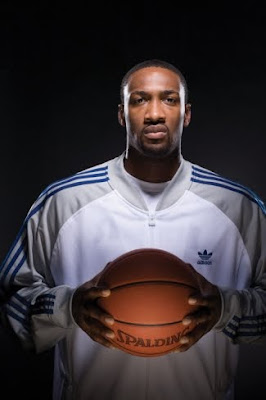 Gil is one of the only few players in the L that never afraid to speak his mind. That's something i really appreciate that many players consider themselves neuturalists when it comes down to politics and stuff but Gil just tells you what he thinks and he is legitimately a very funny guy.

Apart from that, his off-the-dribble-jumpers, i-am-better-than-you attitude and stronger-than-the-post-players plays are a combination that you can barely find in other players. Plus, he was the 2nd pick of 2nd round draft. Show some respect. 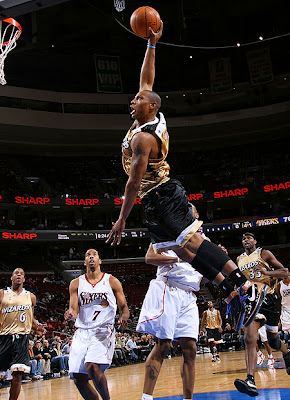 One of my most favorable players - Caron Butlet aka 'Tough Juice' is arguably one of the toughest guys in NBA. Complete skill set, superb defensive mentality and overlooked court vision are all his arsenals that opponents fear every night. He has been to the jail, got traded to 3 teams in his first 3 seasons. I think these incidents definitely have toughened him up. 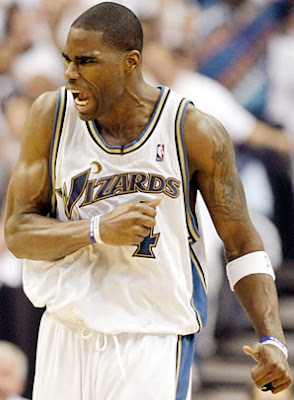 Antawn Jamison, one of the most underrated power forwards that is listed as 6'9, though he is never afraid of taking on the bigger guys in the paint. He is undersized yet skillful and versatile enough to outplay a lot of post players. He is also a very consistent 3-point shooter, which gives him a tremendous advantage over a lot of bigs. 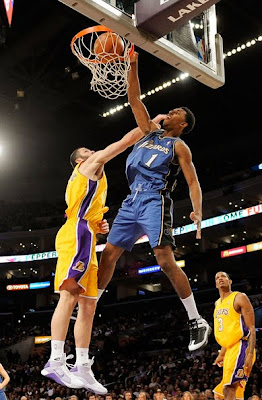 This explosive and athletic Young buck - Nick Young is improving. Give him few more seasons to blossom and for now, he is an awesome reserve. 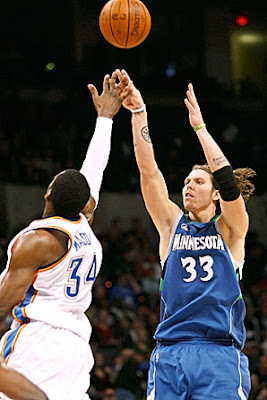 And then we have got the great pure shooter - Mike Miller in DC. He is the missing piece of the Wizards - consistency. He provides stability, leadership and underrated passing to the team along with 3-point range. MM is gonna help the team improve so much in terms of streching the defence.