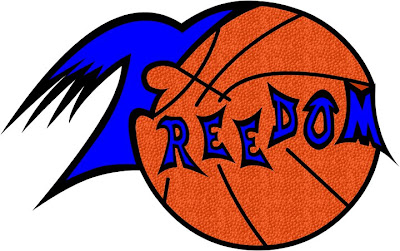 'Passion creates freedom' that's what FBC believes and it proudly transcends this concept to its ballers. With that in mind, FBC's players play with tremendous passion on the court and has become infectious, expanded to 3 teams under its umbrella.
Posted by Lok Chung at 11:41 PM No comments:

We have just added this Dj onto our partners list!
DJ Shook aka 'Hao Phu' from BurnCity emphasises 'Hip Hop is a lifestyle not a style'. This up-and-coming DJ in Melbourne is not simply spinning and mixtaping, he is trying to change the landscape of hip hop in Australia and move it onto the next level. Shook is surely a one-of-a-kind DJ that we all have to look out to.

Much love and peace.
Posted by Lok Chung at 11:29 PM No comments:

Li-Ning VS Anta VS Peak

I am entirely, proudly and thankfully amazed by how successful the Chinese sports brands are doing in the world! Li-Ning, Peak and Anta have altogether emerged as the representatives of China as well as producers of products with excellent quality.

Last October, i wrote a little piece on a comparison between 4 major Chinese sports brands, (click here to check out that post) and i had written some 'future wishes', let's see if my wishes had come true. 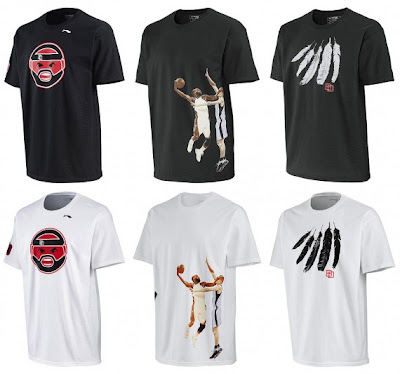 Future: Li-Ning will continue to grow as one of the top sports brands in the world. Better yet, still no match to Nike and Adidas. But eyes on Li-Ning? Every pair.

I was wrong. I was wrong for saying,'no match to Nike and Adidas'. Li-Ning is one of the top 3 shoes manufacturers now, only below the aforementioned big names. Li-Ning continues its global presence. It has adopted the right global marketing strategies, recently invited Baron Davis to coach a youth camp and improve on the design of its kicks. 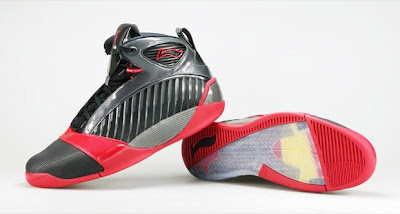 This signature shoes of Jose Calderon have received high praises over the net and the outlook is so much better than the previous models.

Future: My personal opinion is to focus on expanding its NBA signings. Peak currently has 7 NBA endorers, which make up to be 'the most NBA players' Chinese sponsor. I don't think Peak can expand other lines of products, focusing on Chinese market, NBA players endorsement and the U.S. would be a wise business decision. 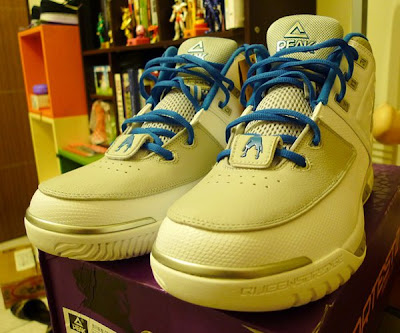 Did Peak read my previous blog post? No, surely they did not but i was right this time. They keep inking deals with NBA players and increase its exposure in U.S. Besides, Peak has wisely put a lot of effort in marketing and advertising with their endorsees and thus drawing consumers' attention. 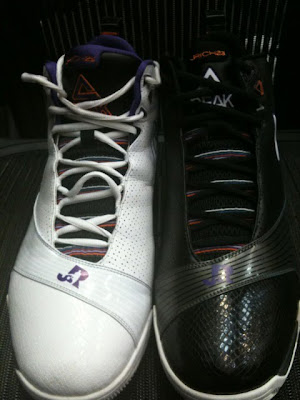 Both of these signature shoes of Ron Artest and Jason Richardson, respectively, have received high praises on the net. I think function-wise you can always keep up with other brands (except of course, the innovation of Flywire of Nike's) but what Chinese brands need to focus on is the design, in which Peak has done a great job!

Future: Future is looking good for Anta. What i would suggest is do not look for sponsorship of national teams like how Li-Ning and Peak do. Do what you do, establish the company image as a style, functions and design focused brand. Differentiate yourself Anta! 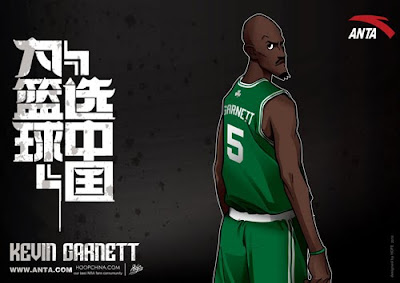 Yes, Anta has landed in the U.S.! With the shockingly surprised signing of NBA superstar Kevin Garnett, Anta has gracefully erected its own flag on the world map! 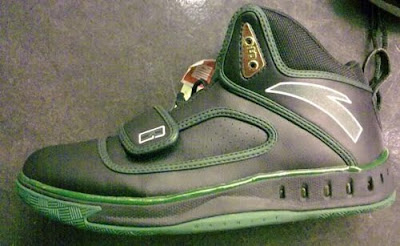 Look at Anta's official website now, it is very user-friendly and thoughtfully designed. My assumption is that Anta is targeting at the young generation and therefore using colorful pictures to grab their attention instead of making the youngsters read. Speaking of Anta's target market, you can also check out this fantastic 'Fashion Stars' showroom, pretty nice to expand within Chinese market. The only problem, still, the designs of its products.
Posted by Lok Chung at 5:44 AM No comments: 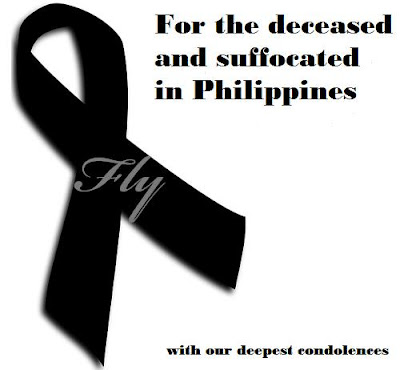 May peace be with Hong Kong and their families.
Posted by Lok Chung at 8:58 PM No comments:

Fly's loyal partner - Tai Hang Tung Corps of The Salvation Army, Hong Kong is celebrating her 55th anniversary! Here goes some of the photos of this special event! 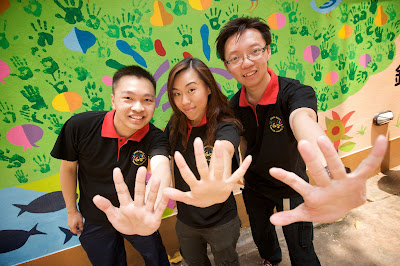 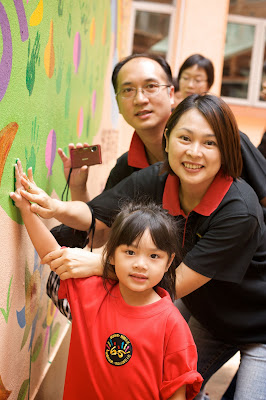 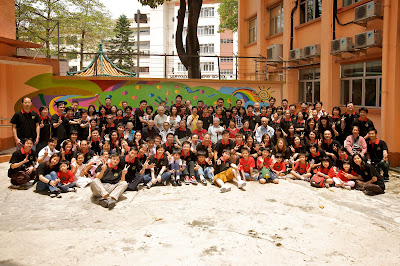 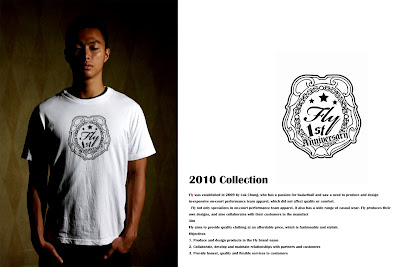 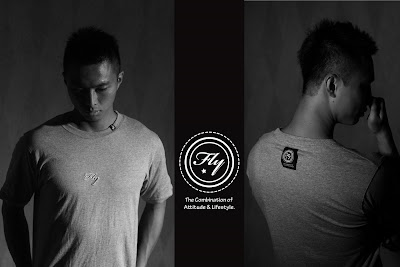 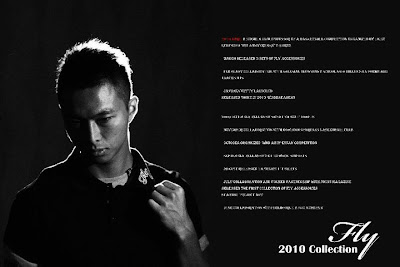 'Attitude' pique polo. Color: Black/White/Pink. Nothing fancy on the polo apart from a plain Fly logo on the neck. Like a little reminder of Fly's attitude - 'Be passionate in whatever you do!' 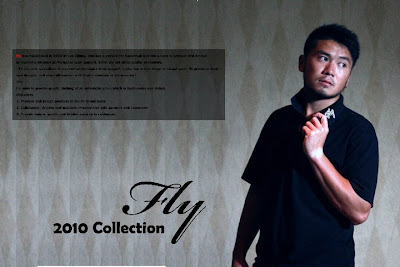 'Attitude' pique polo. Off to work or after work drinks? Fantastic choice for you! 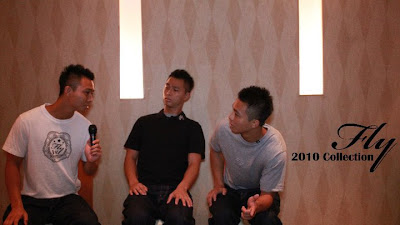 Acclaimed filmmaker Christopher Nolan directs an international cast in “Inception,” an original sci-fi actioner that travels around the globe and into the intimate and infinite world of dreams.

Above is a brief introduction of the 'Inception' before it came out. But i can tell you it is so much more than that after watching it yourself!

I don't really read the 'movie comments' before watching films, though 'movies' is surely a hot topic to talk about with my friends. Some said it was too unrealistic and not as good as discussed. Some said it was fantastically filmed and deep. I say 'Inception' is deep yet as close to you as your daily habits. Who does not have dreams?

Even the original idea of it is already fascinating: you can control your own dreams, be whatever you are, do whatever you want yet there are still some uncontrollables - subconsciousness. Very logical. Your background and things around you shape your subconsciousness, so you do something or make certain decisions without even knowing it.

No one had ever come up with this idea to make a film based on our brain functions. Then we learn that the loved one can share the same dream and live the dream! Now that's reality! Sometimes we don't even know whether we are dreaming or still living in the real world. Or honestly, we don't want to live in this polluted world?

Then we learn that we have to let go of the bad memories, even the deepest ones, the most cherished ones if they are harmful.

Apart from the meaning behind the film, the film-making is just unbelievable! When the city flips unsidedown? The against-gravity part? Damn this is such an awesome eyeball enjoyment and even the director of X-Men says that he has to re-produce X-Men after watching 'Inception'. Simply amazing. I just love it so much that it has become one of my top 10 movies!

My list of 'Top 10 movies of all time' Check it (not in particular order):

8) The Last King of Scotland (最後一位蘇格蘭王)

What about your Top 10? Let us know in the comment section below!
Posted by Lok Chung at 9:34 AM No comments: 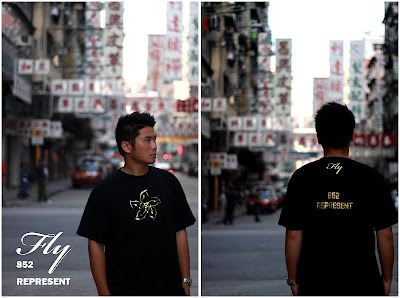 http://hk.myblog.yahoo.com/fly-clothing
Posted by Lok Chung at 7:11 AM No comments:

Interview with 'THE ASH'