Giordano VS Esprit VS Bossini

Let me make a short analysis of what i call 'Affordable clothing' in Hong Kong. I have already been back in town for more than half a year and have witnessed some major yet positive changes of the following affordable brands: 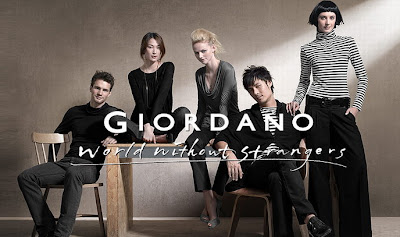 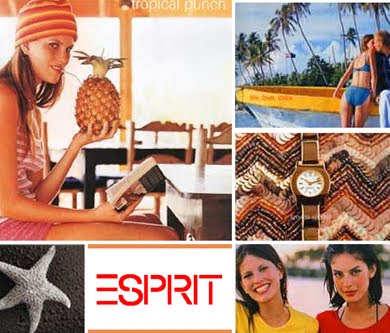 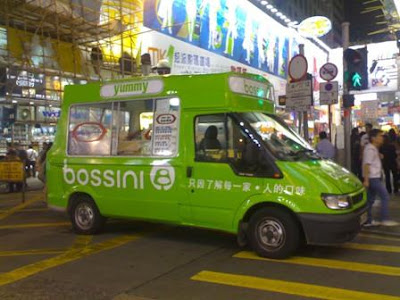 Why did i decide to do this analysis?
The evolution of these local brands have really caught my eyes. I had decided to write this as the moment i saw the Bossini x Campbell Soup campaign and i had realized that these local casual wear companies have taken different paths as they carry on their brands.

Briefs of these companies
Giorodano (http://www.giordano.com.hk/web/HK/index.html)was established in 1980's and is arguably one of the most commonly known, worn and seen brands in & of HK.

Esprit (http://www.esprit.com/)was established around late 60's. This manafacturer is always known for its quality of products and is nowadays a well-known fashion brand at afforable prices.

Bossini (http://www.bossini.com/bossini/html/eng/regional/common/hklanding.jsp)is probably not on the same level as the 2 companies above from what i see. Though if HK people are looking for some casual yet quality wear at slightly cheaper price, Bossini is a go.

How did they become successful (Marketing point of view)?
Giordano - i honestly think that more than 50% of Hong Kong male have worn/currently wear Giordano underwears. For me personally, its underwears are comfortable, fashionable, afforable and most imporantly 'branded'. I am not sure how do you see this, but i would say Giordano underwears are good branded products but i would not wear Giordano jeans becasue they are not exactly 'branded'. There is a difference between their products from my fashion perspective.

Even though HK people do not see Giordano as a luxury brand, though its reputation overseas is spectacular. Westerners in, for instance, Americas and Australia, view Giordano as a top brand for casual wears and is in fact quite popular.

Having said that Giordano is not seen as a luxury brand by HK people, it is diversifying its product lines and trying to get a share in high-end men's and ladies' clothing through Giordano Concepts and Giordano Ladies. You need to get rid of the old image in order to establish better product image. That's pretty smart.

Esprit - i do not know much about Esprit's history, though i assume it has started its global selling strategy from the very beginning. Esprit has established its franchise stores all over the world for at least 30 years. It is building a global clothing empire with the concept 'global fashion brand with comtemporary lifestyle image'.

Just like what its concept suggests that its product image is very fashionable at a fairly afforable price and leaning towards the high-end fashion brands. I would say Esprit is now on top of the middle-class brands.

From what i see from its website, Esprit updates its products very quickly, has intact loyalty program, fantastic global image (that's a plus, i think its franchise strategy has greatly contributed to that) and outstanding product lines.

Bossini - i am so glad that Bossini has changed its logo and made a major development from its original brand image. It was old and unfashionable. It had the image kind of like 'only older people would browse Bossini stores'.

The new logo, green circle with initial B inside like a tree, is sharp, eye-catching and perhaps environmental friendly. When you walk past the stores, you can't help but go in for look. A quick look at least. And i am pretty sure Bossini has improved its products as well, at least with a change of logo.

I assume Bossini knows where it is at in the market, it has quite a lot of fantastic collaborations with other companies this year such as M & M's, Monopoly and Campbell Soup (Check it out here: http://www.bossini.gig.hk/). It seems to have gotten a lot of attention and i think this is absolutely awesome in raising its brand status. It should continue its Asia focus.

Regardless of their market shares, they truly represent HK.
Posted by Lok Chung at 3:35 AM